At least since the start of the Russian war of aggression against Ukraine, the strategic benefit of Starlink has been clear: the people of Ukraine are again receiving information via the satellite network of Elon Musk’s space company SpaceX. And the Ukrainian military is also successfully using Starlink to coordinate drones, among other things.

What is Starlink for?

With the originally civil Starlink program, actually underserved regions far away from the cities should be supplied with Internet. In addition to structurally weak areas, sparsely populated regions or endless expanses of water, one might also think of free information for people in censored autocracies.

Certainly, however, no one thought of a European war zone in which the aggressor initially deliberately destroyed the power supply and Internet connections at the beginning of the invasion.

How does Starlink work?

Starlink creates Internet access by transporting data via light, like a fiber optic cable. But this transfer is via satellite. For this purpose, the Texan businessman Elon Musk has been building a satellite network for years, in which the individual satellites forward the relevant data to each other.

Musk’s space company SpaceX has launched around 2,300 satellites into low Earth orbit since 2019. The aim is to expand the network to up to 42,000 satellites. SpaceX has already submitted a corresponding application to the responsible Federal Communications Commission (FCC) in the USA.

Since 2019, the space company SpaceX has already launched around 2,300 satellites into low earth orbit.

In order to be able to use the satellite data, a receiving device is also required on the ground, which connects the devices to the nearest satellite like a router. The receiver independently aligns the receiving dish, which is similar to a TV satellite dish, with an available satellite and the Internet connection is established.

What are the benefits of Starlink?

Starlink isn’t the first provider of satellite internet, but it has a few advantages over its competitors: Satellite internet is comparatively easy to use. The data flows continuously and impressively fast. At an altitude of 328 to 614 kilometers, the Starlink satellites orbit the earth significantly lower than the satellites of the competition.

For comparison: the satellites from the previous satellite top dog Hughesnet orbit the earth at an altitude of 35,000 kilometers. Accordingly, the data transmission takes around ten times as long as with Starlink.

Is Starlink worth it for private individuals?

So far, Starlink is only available in select regions. The 32 countries include parts of the United States and Canada, central and southern Europe, parts of Latin America and southern Australia. So not yet the areas for which the satellite Internet was originally intended.

This is probably also due to the fact that Starlink’s satellite Internet is very expensive, the receiver alone costs around 600 euros in the USA. And the monthly usage fee is $110.

In this respect, satellite Internet is hardly worthwhile for areas with good or satisfactory network coverage, such as in Europe. Unless you travel a lot by boat or mobile home and still want to use a high-performance internet connection all the time.

Why is the Starlink program so controversial?

Fast internet for everyone everywhere sounds promising at first. But satellite internet Starlink is very controversial for a number of reasons.

Even the provision of Starlink for Ukraine, including the delivery of the necessary receiving equipment, took place as a public agreement between the Texan businessman Elon Musk and Mykhailo Fedorov, Ukrainian Deputy Prime Minister and Minister for Digital Transformation, via the private blogging service Twitter – i.e. without public debate and without any control by parliaments. 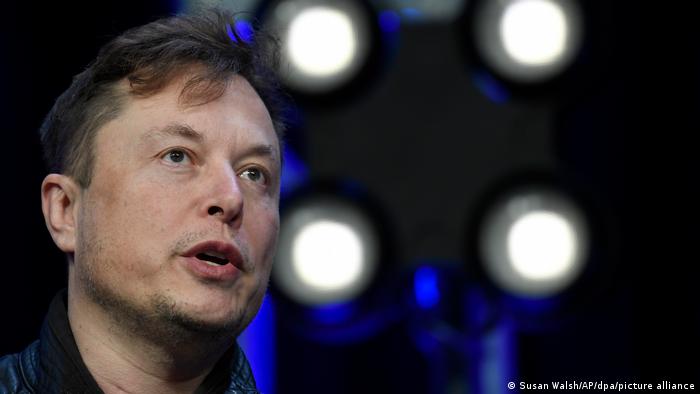 Will Elon Musk eventually sell the private Starlink project to the highest bidder?

And what happens if the private Starlink project is sold to the highest bidder after completion and ends up in the wrong hands? When future totalitarian states or strategic rivals can access this global network?

In addition, Elon Musk also “clutters” our orbit with his private satellites. The first Sputnik satellite was launched into space in 1957, followed by 8,500 more satellites by 2019. The Starlink network is said to have 42,000 satellites – so it’s getting very crowded in orbit quickly. This endangers other satellites and also hinders astronomical observations from Earth.

Already, the Starlink satellites are blamed for most near-misses with other satellites. And as soon as a satellite automatically changes its trajectory to avoid a possible collision, this can trigger a chain reaction because other satellites then react to its changed trajectory.

The comparatively short lifetime of the Starlink satellites, which give up the ghost after around five years, is also problematic. Even if they then largely burn up when they re-enter the earth’s atmosphere, new satellites have to be launched into space all the time in order to avoid gaps in the network.

Hardly any chances for competitors

SpaceX is currently massively exploiting its dominant position in the market in order to keep the competition at bay in the future: In view of the satellite density, there is hardly any space left for other competitors, especially not in near-earth orbits. If at all, they would have to switch to much more distant and unattractive heights.

This is extremely unattractive for a similarly close-knit satellite network for global supply of fast Internet, in other words: Starlink will have little competition to fear in the future.