Chinese phone maker Tecno Mobile has launched the Camon 18 Premier smartphone in Nigeria. The phone is added to the popular Camon 18 series. It is worth noting that the Camon 18 series will also include two other models: Camon 18 and Camon 18P. These phones are expected to be official soon. The highlights of the phone are a 64MP triple camera setup with gimbal stabilization, a 120Hz AMOLED display, MediaTek Helio G96 SoC, 8GB of RAM and more.

The company has not announced the price of the smartphone. However, it is likely to go on sale soon in Nigeria. The latest offer will be available in two shades: Polar Night and Vast Sky. As of now, there is no official word from the company if and when this phone will hit the global market. 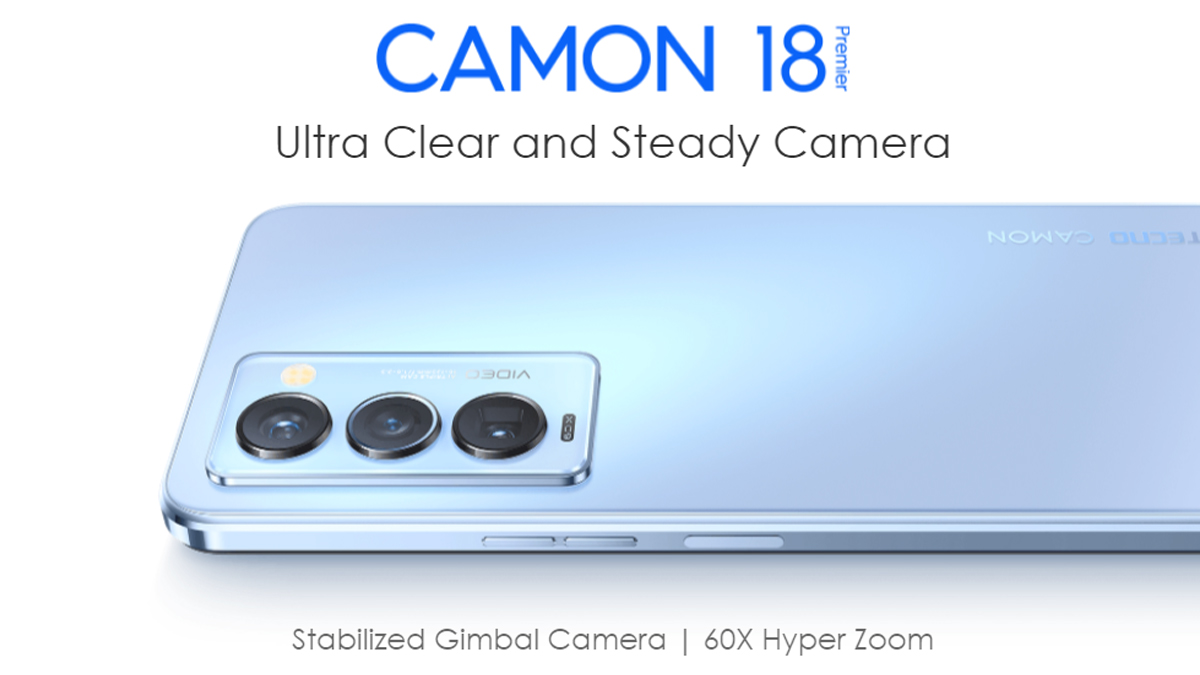 For photos and videos, you get a triple rear camera module, which includes a 64MP primary sensor, a 12MP stabilized gimbal sensor and an 8MP periscope zoom lens with 60x Hyper Zoom support. Ahead, the phone has a 32MP shutter release for selfies and video calls. It has a 4,750 mAh battery with a fast charge of 33 W.